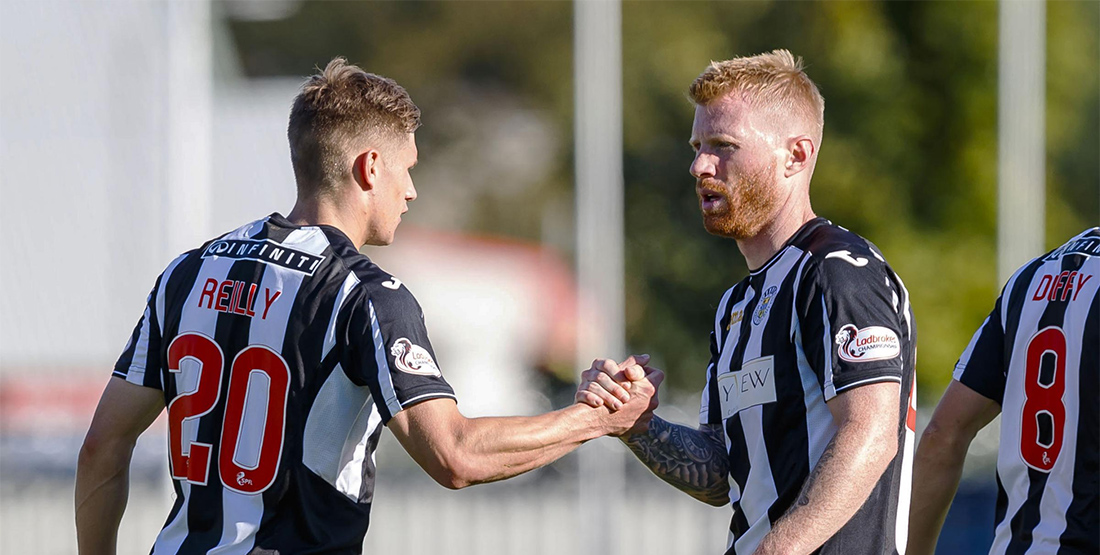 If the goalkeeper situation is hardly vexing for Oran Kearney, the same can't really be said about the defence with the buddies having shipped 36 goals in 18 league outings to date, an average of exactly 2 goals per match.

We have issues in all three areas of the defence, but for me the biggest problems we've faced have been in the full back areas where we've had a nightmare. So I've written a piece purely on fullbacks. Oh for a Van Zanten or a Nicolson.

At right back Paul McGinn has generally been pretty solid and in fact he's arguably improved as the season has gone on (despite of late being pushed further forward into a right midfield role). Paul is never really going to be that rampaging full back that the fans want to see but he's dependable and never gives any less than 100% in the stripes. I'd prefer to see him sticking to a defensive role, but accept that at the current time we are not exactly awash with options on the right of midfield.

Lee Hodson is currently on a season long loan from Rangers, one of Alan Stubbs last signings.

It's likely he's on a hefty wage at Ibrox and so whatever percentage we are covering is likely to be significant. Lee has certainly looked more comfortable at right back than left but I think it's fair to say he's not been a stand out in the team at any point since his arrival and whilst his work rate and commitment aren't ever in question I'd think there will be a fair chance that his loan spell in Paisley might well be cut short come January.

Ethan Erhahon was pressed into emergency left back action at home to Rangers due to injuries and availability at that time. He did really well that day, but I think it's fair to say he's far from a natural full back and is much better suited playing the central defensive midfield role which is is more accustomed to. Ethan is a cracking player with an unbelievable build for a 17 year old. His new 3 year contract, signed in August, was one of the most positive moments of this campaign to date!

Adam Eckersley has been one of the most discussed members of the squad, and yet he's still to kick a ball in the stripes this season. Having been told he could leave the club by Alan Stubbs, without even kicking a ball, the popular defender then suffered an injury that sidelined him until recently. His comeback, if you can call it that, has been a bit confusing for the fans.

Having featured on the bench as an unused sub in recent weeks, presumably because of lack of match fitness, it was puzzling to see him not feature at all in the reserve game against Morton yesterday. It seemed the ideal opportunity for him to get a run out. Perhaps he's suffered a set-back with his recovery but you can't help but feel that his days as a Saints player are numbered. I'd think there would be plenty of interest in him from the Championship where he was a stellar performer in our title winning campaign.

So, in summary, it's pretty clear we are going to need to recruit in the full back area in January if we are going to improve. Left back is a non-negotiable problem that we must address if Eck isn't going to be given a chance.