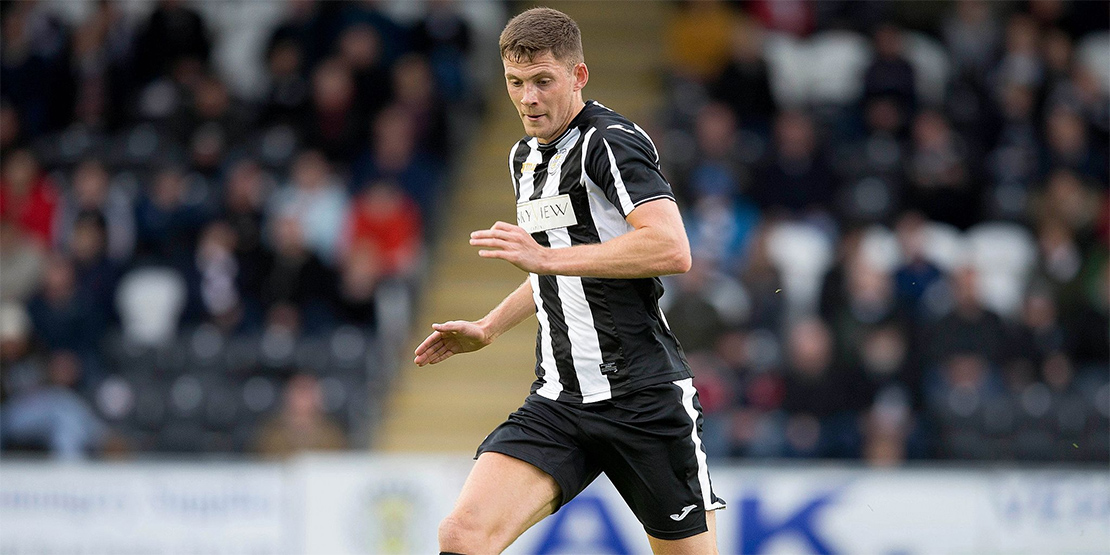 For years our lack of depth or quality in Central Defence was almost laughable. This season we certainly have the depth (we are coming down with central defenders), yet we still don't have a settled pairing and we've been leaking goals from set pieces. Why?

We actually have some very capable central defenders at the club in my opinion. I think the lack of quality in the full back areas, as already touched on in a previous article, has sometimes exposed the men in the middle whilst it's also fair to say the defence was certainly unsettled to say the least by the sudden departure of the usually reliable (and vocal) Craig Samson between the sticks.

Jack Baird won the fans over with a run of excellent displays in the title winning season and at times he has managed to replicate that form in the top flight. As he approaches his 23rd birthday though it is fair to say that Jack still performs at his best when he's playing beside an experienced partner. When he was younger big Bairdy would be prone to the odd rush of blood to the head, but as he's matured he's looking a calmer player both on and off the ball and he's a player I like a lot.

Gary MacKenzie, like Adam Eckersley, was told he was free to go by Alan Stubbs without kicking a ball. Unfortunately for the "Bank" the similarities with Eck didn't end there as he also sustained an injury that has kept him out of the side all season.

There was a fleeting mention of him on the team sheet for the reserve game against Morton yesterday only for that to quickly be amended by the official website team. Whether he was close to playing or it was an administrative error I'm not sure but either way I'm not hugely convinced that big Gary has what it takes to survive in the top flight. His strength and commitment would never be in doubt but a genuine lack of pace would, I fear, render him unsuitable for the rigors of Premiership football. An unfortunate injury record has also plagued the likeable big defender and I fear his days in Paisley could be numbered.

Alfie Jones is one of the few Alan Stubbs signings who has actually looked promising. After a traumatic debut at Tynecastle, which turned out to be Stubbs' last stand as Saints gaffer, Jones disappeared for a while before coming back in to central defence where he has been one of our better performers. Here on a season long long from Southampton he's one I'd like to see us keep to the end of the campaign as I think there's more to come from him.

Anton Ferdinand is one of the few players in the squad signed by Oran Kearney and it's reasonable to say that he has been a successful addition to the squad, certainly shoring things up during that initial chaotic post Stubbs period.

Like Gary MacK though I'm personally not convinced that Anton has the legs required for the top flight. Perhaps a few weeks of "pre-season" like training in January will help the big man but I fear his lack of fitness (arguably why he's playing for us in the first place) is going to reduce his role in the team to bit part until his deal expires at the end of the season.

And then we have the lesser spotted Cole Kpekawa and Josh Heaton.

Two Alan Stubbs signings and two pretty disasterous ones at that.

Cole hasn't played a single game for the buddies under Oran Kearney. His last outing was that fateful 4-1 hammering at Tynecastle on 1st September. Since then his exile has been such that he hasn't even made the bench since. A two year deal is going to be a costly one to unwind from but it looks absolutely certain that he will be on his way out of the club sooner rather than later.

An even more expensive mistake seems to be 22 year old Heaton, who hasn't managed to play in a single league game under either Stubbs or Kearney.

A £75K purchase, Heaton was supposed to be the rock on which our defence would be built, but yet here we are going in to the New Year and some of our fans have never seen him kick a ball!

Whether Josh will eventually come good seems very unlikely. At 22 it's not as though he's still a kid learning his trade.

Transfer fee aside this is a player who was signed on a THREE YEAR deal. Quite how we resolve that remains to be seen but again it would be no surprise to see Heaton move on in January, even if just on loan initially.

And so with no fewer than SIX options in Central Defence it's fair to say we won't be signing any more for this area of the team unless we manage to move some on first. In the meantime it looks like we will continue to shuffle through any pairing of Baird, Jones and Ferdinand but I'm not convinced that this lack of continuity isn't damaging us in one of the most important areas of the team.