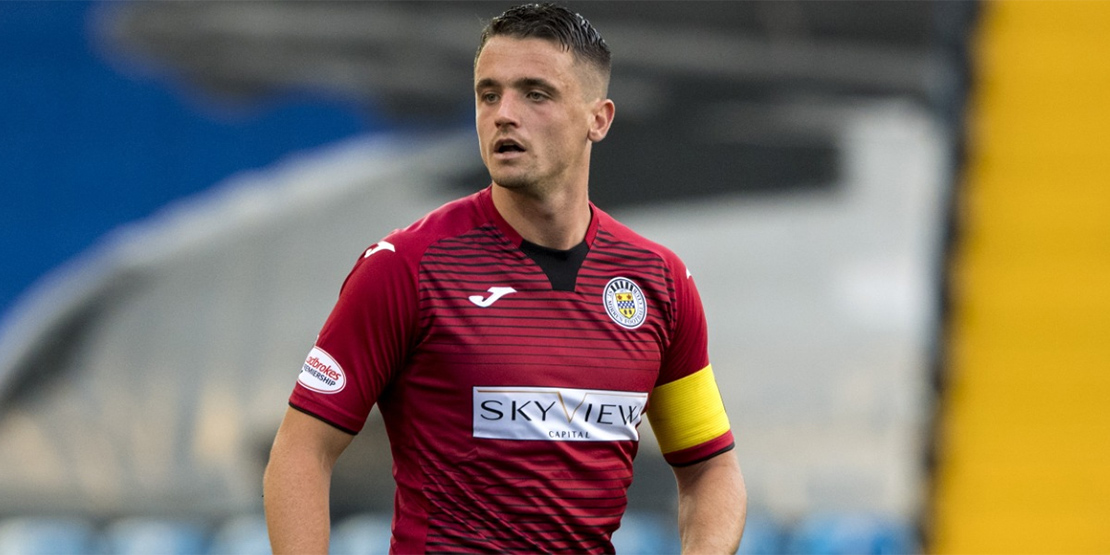 If there was one thing Alan Stubbs loved, even more than the Jamie Vardy academy, it was signing midfielders. We're positively awash with options and yet we are losing the battle in the middle of the park every week. Let's look at our desperate lack of width, pace and creativity in there shall we?

First of all let's start by saying how desperately unlucky we've been to see Kyle Magennis suffer not just one, but two significant injuries. Under Oran Kearney Kyle has made 5 appearances and we've only lost one of those games. Whether that's a coincidence or not I can't say for sure but I think it's beyond doubt what he brings to the team in terms of energy, desire and willingness to win. He's a massive loss for us and the sooner he's back the better.

The captain Stephen McGinn, our player of the year for the past two seasons has generated a lot of comment this season from the fans.

Whether he's "good enough" for the top flight is I guess up for debate, but you will never find a player more willing to give everything he has for that jersey and that will to win still makes him one of the first names on the teamsheet for me. My opinion with McGinn (pictured) is that he's having to do, or trying to do, too much. Without Magennis beside him he's got an almost impossible job and it's showing. I don't think we've seen McGinn at anywhere near his best so far this season but I hope that by putting good players around him we'll see our leader blossom again just like he did when he came back to the club two years ago.

I was pleased to see Cammy MacPherson get another start at the weekend, and to get a goal to boot. For me I'd far rather us give game time to one of our academy boys than to players who sometimes look as though they'd rather be ANYWHERE else but playing for us. Cammy has a lot of heart and brings some energy to the side and I'd like to see him continue to feature in and around the first team, especially with Magennis out.

We also have Ethan Erhahon as a very decent option in the middle of the park to protect the back four and as I said in my previous article on the defence I'd much rather see him feature in midfield than at the back.

Another central midfielder and probably one you've forgotten about is James Kellermann, Jacks' last signing before he buggered off to Wearside.

Jim was sent on loan to ADC Fylde on a season long loan where he has made 13 appearances to date. Signed on a 2 year deal, it remains to be seen if Oran Kearney will want to take a look at the player himself or whether he'd prefer to try and use the window as an opportunity to create a permanent exit for the player.

Alfie Jones came to the club on loan from Southamption as a central defensive midfield player but he's seldom played there for us. Another option but at the moment I'd suggest Jones is needed more in the back line.

Jordan Kirkpatrick has had a strange old season. I personally didn't really expect to see him stick around after being sent out on loan for most of last season but to his credit he came in and played well at the start of this campaign only to then be injured. His appearances since then have been sporadic with just two first team appearances under Oran Kearney. I fancy that he will be another one moving on in January, even if only on loan, as he searches for first team football.

Ian McShane looked like he might have rescued his Saints career a few weeks ago as he made a return to the first team squad in October after sitting on the sidelines for the best part of two months. That run of games ended abruptly during the defeat at home to Hamilton a couple of weeks (but still four games) ago. Lovejoy didn't seem to take too kindly to being hooked after half an hour in that one and he hasn't been seen on the pitch since. I'd reckon his time in Paisley could soon be at an end and he's another one who should have no problem finding a club in the Championship.

Matty Willock is probably one of the most frustrating signings we've made. Undoubtedly has the ability but does not seen to have the work-rate or the commitment to go with it. I don't expect Matty to be in Paisley for much longer and nor do I expect him to make any sort of impression at Man Utd. Looks a cert to have his loan cut short in January.

And so to the wide men of the squad. In my opinion another major weakness in the squad.

Ryan Flynn is a strange one. He's never quite hit the heights I had hoped for. He's had some good games, a couple of outstanding ones, but more often than not he's just been a bit "meh". Just back from a hand injury so expect to see him featuring again but I get the impression that Oran isn't exactly sold on his merits either. I suspect if an offer came in for Ryan then we wouldn't be too hard to deal with.

And then there's Jeff King, remember him?

No, me neither. Another Stubbs signing that has failed spectacularly. Jeff hasn't featured in a single league game for Saints. His last outing for the first team was in the 6-0 hammering of Dumbarton and he hasn't so much made a subs appearance since, under either manager. Another expensive two year deal that we are going to have to try and exit from.

And last but not least there's Ryan Edwards who is on loan from Hearts until the end of the season.

Edwards was Stubbs last desperate signing before he was shown the door and it's fair to say he's hardly the fans favourite. Some of the comments about him have been OTT but despite plenty of endeavour and loads and loads of work the truth is that there just isn't a whole lot of substance to Edwards. If he was to go back to Hearts in January I don't think anyone would be too surprised, and I don't think we'll be seeing him in a Hearts jersey anytime soon either.

So all in all it's a pretty poor state of affairs in the middle of the park. So much so that we've recently seen Paul McGinn playing at right midfield, and we literally have no natural left sided midfielder.

A return for Lewis Morgan and Kyle McAllister on loan in January would do me just fine. Come on Santa, I've been a good boy this year.