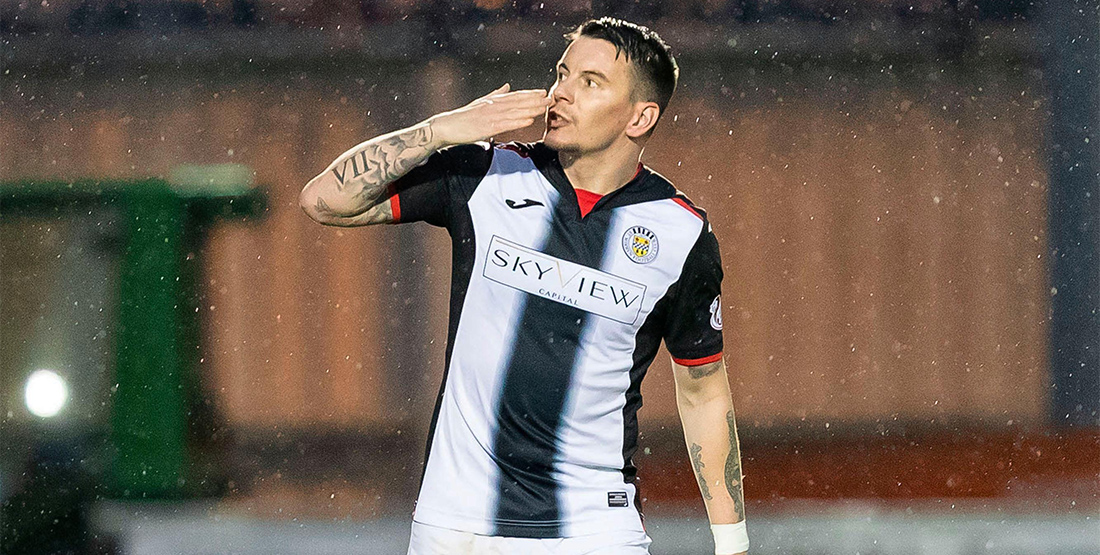 With just 13 goals from 18 league games to date, Saints are the second lowest scorers in the top flight. Let's take a look at the current attacking options we have and speculate on what might happen come January.

Best to start with the positives. The recruitment of Adam Hammill has certainly reaped dividends. After recovering from an injury sustained 20 minutes into his Saints debut, and then having more or less caught up with the fitness levels of his team-mates, Adam has been one of our stand out performers. He's been involved directly or indirectly in almost every goal we've scored these last couple of months and he's banged in a couple of worldies in the process.

Sadly his deal is up in January and if rumours are to be believed then he'll be heading back down South to be closer to his family. That would be a real blow to Oran Kearney as it's difficult to imagine us being able to replace him with someone of equal quality. Unless Lewis Morgan fancies coming back on loan for a few months :-)

His fellow strike partner Simeon Jackson has also been a positive addition to the squad and unlike Hammill he has already committed himself to the end of the season. I yearn to see Simeon playing in a front two besides a bigger. more physical striker, as I feel it's something we have sorely missed. Big NBM was obviously brought in by Stubbs to fulfil that role but he didn't quite work out, mainly because he was absolutely fucking rubbish.

Cody Cooke looked like he was going to join the Alan Stubbs scrapheap but may yet have won himself a reprieve with some decent performances in the reserves, including a recent hat-trick against Falkirk. It's typical of our luck that just when he looked like getting going he then picked up a knock. Hopefully he'll be back in contention for the games over Christmas and will get a chance to stake his claim to partner Simeon.

Another who can consider himself slightly unlucky not to have more game time is Sam Jamieson who had one good cameo performance from the bench against Hibs. He then, you guessed it, got injured. FML!

He's now back playing for the reserves so hopefully that's another option for us to call on over the 3 remaining games until the break.

Danny Mullen works his nuts off in the stripes, there's no question about that, but whether he has that level of quality required to be a regular scorer in the top flight I am unsure. A moot point right now anyway as he's injured too and won't kick a ball again until February at the earliest.

And finally there's Cammy Smith. Hugely well liked amongst the support and a guy who played an enormous part in our revival from League 1 certs to Championship title winners inside 18 months. Stubbs clearly couldn't find a way to fit him in to his system, with Cammy often shoved out wide where I think we all know he's very ineffective. A steadfast refusal to play him in the number 10 role irked us all, but then we now have Oran pretty much doing the same so the question is, why?

Is Cammy Smith good enough for the Premiership? I think so but those paid to make the decisions don't and if you are being objective about these things perhaps that is why Aberdeen let him go?

I'd definitely find a place for Cammy in my Saints XI. His creativity is sorely missed and if he is to leave I reckon there will be a stampede to get his signature, certainly from clubs in The Championship.

Oran certainly has his work cut out to get us the attacking threat we need to lift us out of the bottom two. Let's hope the new moneyball recruitment system throws up some diamonds from somewhere!