Three is the magic number for Saints 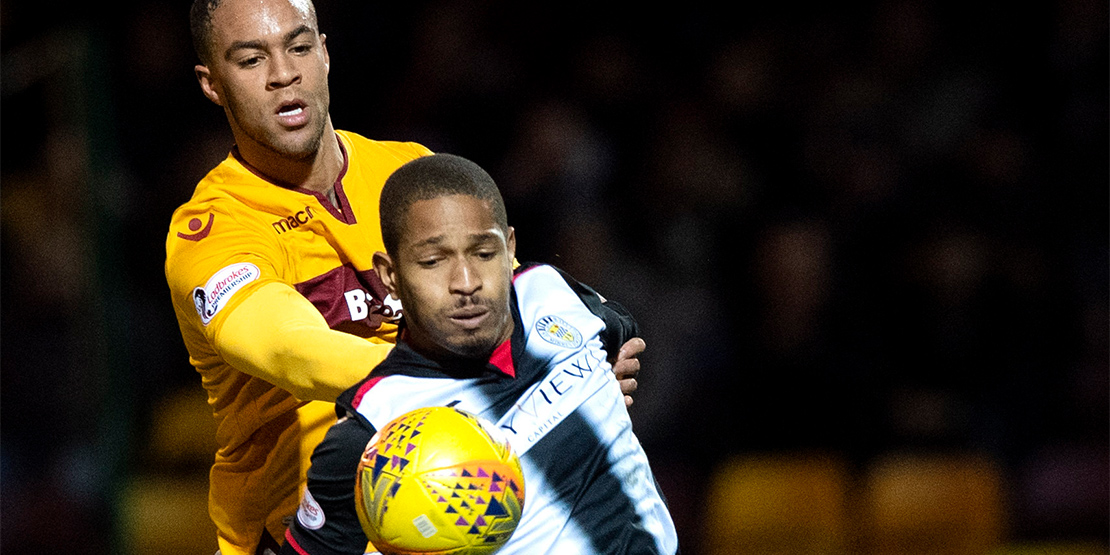 A hugely welcome win yesterday for Saints at Fir Park, and a massive three points for Oran Kearney as the Buddies won on the road for the first time since April.

I've missed the last three games due to mass over indulgence in the festivities, so I felt duty bound to go to Fir Park yesterday even though I feared the worst and the wife was badgering me to stay home and help get ready for Christmas.

Myself and my son Jack were among 600 or so who made the short trip to Motherwell and with the away support packed in to a central section of the huge away stand it made for an excellent atmosphere. Everyone was joining in with the singing, led as usual by Josh and his drum.

The match was far from pretty. Saints gameplan to dig in and frustrate Motherwell in the first period worked well, but it wasn't easy on the eye. The introduction of Hammill and Cammy Smith got the pulses going a bit in the second period and for once we got a break of the ball when the deflection from Cammy's shot fell straight to Simeon who couldn't miss.

Whilst we hardly set the heather on fire with silky football yesterday what we did see in spades was work-rate, organisation and desire. That was evident across every man in a Saints jersey and it was brilliant to see after some pretty meek performances on the road previously this season.

Cammy Smith looked desperate to prove a point when he was introduced and I think all of us were delighted to see him on the pitch again.

Hopefully we will see more of him over the next two games and who knows, he might yet have a future in the stripes.

Lee Hodson was another one who impressed, playing in an unusual role alongside Stephen McGinn in the middle of the park. The wee man put in a power of work, easily his best performance in a Saints shirt for me.

I thought Cody Cooke worked hard without getting a lot of change from a strong Motherwell defence, but it was good to see us playing with a bit of a physical presence beside Simeon and hopefully that will continue.

What was most pleasing for me though was the middle of the defence where the youthful duo of Bairdy and Jones were complimented with the experience of Anton Ferdinand.

The three worked splendidly well as it repelled an absolute barrage of balls into the box from the home side. The blend of youth and experience seemed solid and provided us with a platform on which we could build.

There's definitely scope for that continuing over the next couple of games and it could well be the system we rely on going forward.

Alert supporters would remember that 3-5-2 was a favourite system of a certain Gus MacPherson :-)

And finally, a word of note for Dean Lyness who again looked excellent. Get him signed up Saints!

Have a great Christmas everyone, and please do leave your own thoughts on the game using the discussion system below.

See you all on Boxing Day.