The Buzz is Back 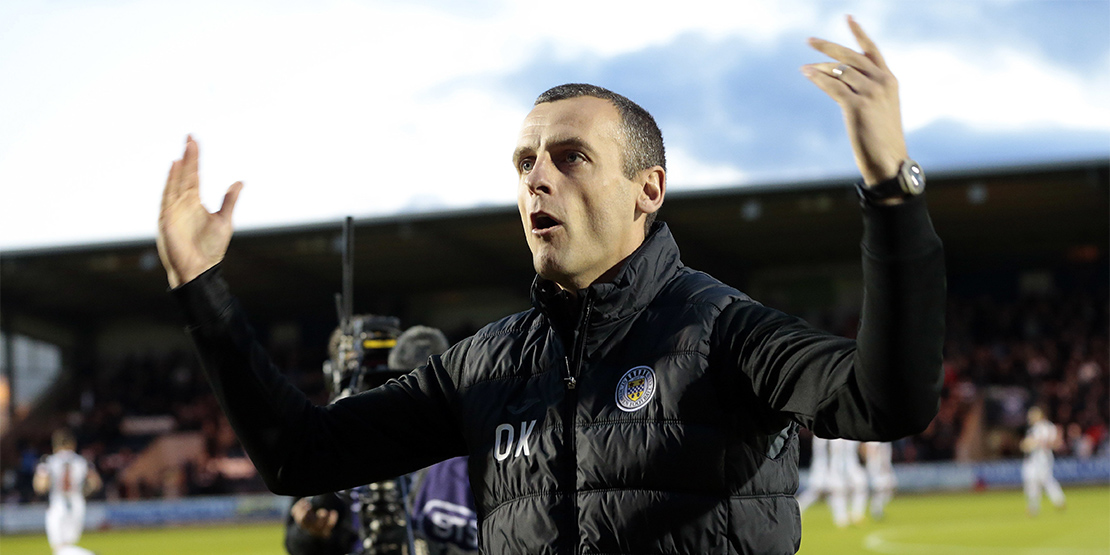 Whisper it, but the buzz is back and hope has reared her beautiful head once again in Paisley.

The away matches at Aberdeen and Hearts may have yielded just two points, but the nature of the performances and the spirit shown by the player in those two games has brought a renewed sense of belief amongst the fans. You can feel the step change in the support and you could also hear it loud and clear booming from the Tynecastle stands on Saturday.

Oran Kearney has continually said his new players would improve since his dramatic January overhaul, and the proof has been there for all to see these last two weeks. Whilst Popescu, Lyons and Hladky settled in almost immediately we're now beginning to see the very best of Kyle McAllister, Mateo Muzek, Duckens Nazon and Greg Tansey.

As the new team has taken shape it's also brought new life to previously embattled members of the squad. Ryan Flynn and Cammy Macpherson were both immense on Saturday, the former looking absolutely transformed in his new central midfield role.

Our last two visits to Aberdeen and Hearts saw us sustain heavy 4-1 losses so the improvement really cannot be understated. In actual fact the two points gained was, if anything, scant reward for such terrific efforts.

To have done all that with messrs Ferdinand, McGinn and Magennis all out injured is truly remarkable and testament to the new found belief in the squad.

That belief has very much rubbed off on to the fans who sense that there might, just might, be another great escape on the cards.

It's a long way back for us, and we've many cup finals ahead, in a hugely difficult league, but Oran Kearney and his new look team have undoubtedly lit that flame again and we go into Saturday's game against Livingston full of hope once more.

Let's do this. #COYS