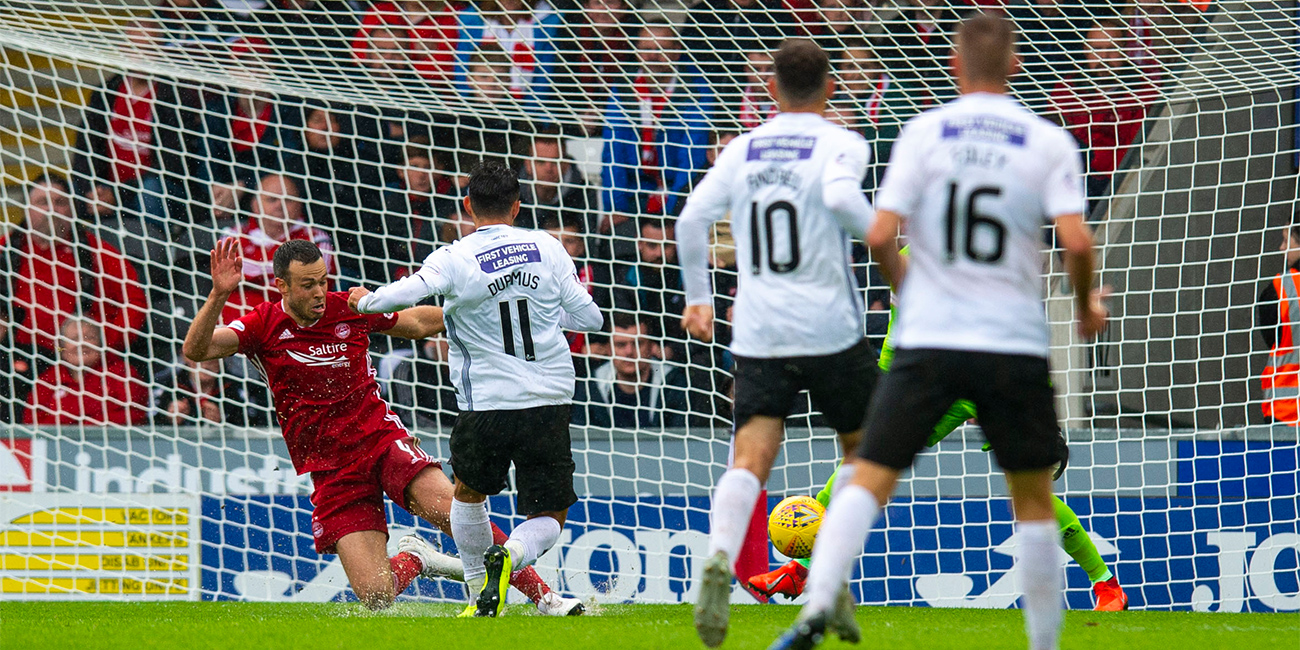 Yesterday's impressive 1-0 win over a decent (even if not strongest) Aberdeen side resulted in fans and the media using every superlative possible to describe Goody's battlers as they saw out his first league win as his tenure as manager. And it made me believe.

Walking out of that stadium, I believed that this era could be the start of something good at St. Mirren. Yesterday's performance coupled with the impressive and solid showing at Easter Road made me believe that we could do well in the league this season. I believed that if we could give Hibs and Aberdeen a game, who can't we beat realistically outside of the OF? We've played two of the toughest games we'll get at this level and we've held our own and matched if not, bettered them.

And this dramatic upturn in fortunes and spirit comes after a League Cup campaign, which somehow managed to eclipse 'Stubbzys' effort of sheer ineptitude. At least Stubbs had signed players at that point, they just weren't very good!

In all seriousness though, this bit of positivity is a breath of fresh air as a St Mirren supporter and I know that in all likelihood it will go away very quickly (Rangers at home, to be precise...) but I genuinely don't think there is a single good reason we can't push on and have a really good year.

I know that's very vague, i.e. what does translate to a great year? But I see no reason as to why we can't challenge these bigger clubs to their positions this season. Many have pointed it out, but it isn't a league full of good teams this season. That's why I mentioned earlier, there really isn't a reason we can't beat any team outside of the top 2 this season. McInnes, Heckingbottom, Levein are all under pressure.

We've watched them all play in the last four or five months or we've all seen their results... they're not brilliant teams who will sweep teams away at every opportunity. When you look further down, St Johnstone's budget appears to have been slashed and so their team has suffered as a result, Killie have the spine of a good team but Alessio, as an outsider to Scotland, has no chance of plaudits already. There could easily be about 6 or 7 sackings by the time we reach the halfway point of the season. And as we know, that can have a dramatic impact on a season, one way or another.

And that's all before you get to the basement of the division, the teams who we are meant to be going up against for survival. Needless to say that we can give them a game as well. County and Livi have both showed promise as well early on, and whilst that is never going to last for at least one of us, at the minimum one of the clubs will have a good season! We just have to hope it's us.

So you're probably getting to this point in this article, if you made it this far, to say 'what is this guy's point?' Don't worry, most people do that when I produce any type of literature. (speech included) But I basically think that we've shown thus far that there is good reason to be excited in Paisley for a change.

Jim Goodwin is putting out a team every single week who is battling for every ball, winning every header and clearing every cross. We can't ask for more, as fans, than for a group of players who go out there, leave it all on the pitch and put 110% into everything they do. It's an added bonus if those players love the club, and enjoy going to work every day (which I think ours do!) So I ask that the fans of this club, have a bit of faith and realism, but also continue to show optimism as well. It's been a tricky summer for everyone at this club. Far too negative a summer, even for someone like me who is usually a massive pessimist. But what this management team, and this group of players has shown; from Vaclav in goals to Cammy Breadner on the bench, is that there is something good there. Otherwise we would have been given a hiding on both occasions and we would want someone's head as usual. Sure, we rode our luck at times, but you'll have to do that for a club of our size to get anywhere in this league.

I think our main concern at this minute in time is keeping Jim Goodwin here at the long term; as we found out with the man who won't be named, managers heads can be turned quickly. We have to hope and pray that the bigwigs at Hibs and Aberdeen haven't been taking notes of the way their side has struggled to break down our compact system, and opt to go for somebody else when inevitably appointing their next gaffer in 6 months time...

Aside from that, a few more players in would be nice. Can never have too many, eh. Would also be good for the depth at the club when you consider our recent luck with long-term injuries... So yeah, Jamie Murphy on a loan deal: where they pay the wages and he scores the goals would be smashing! Things are looking up though.

PS: For clarity's sake, I don't expect us to compete against Aberdeen, Hibs and Hearts for places this season... I'm simply suggesting that they aren't bulletproof, and that we could definitely take more points off of them than we did last season. If we keep up this momentum and this way of playing, then we will finish in the top eight positions, which we'd have all taken before a baw was kicked. If we go one further, then Tony Fitz might end up looking like a psychic; which is a deeply worrying prospect for all involved.