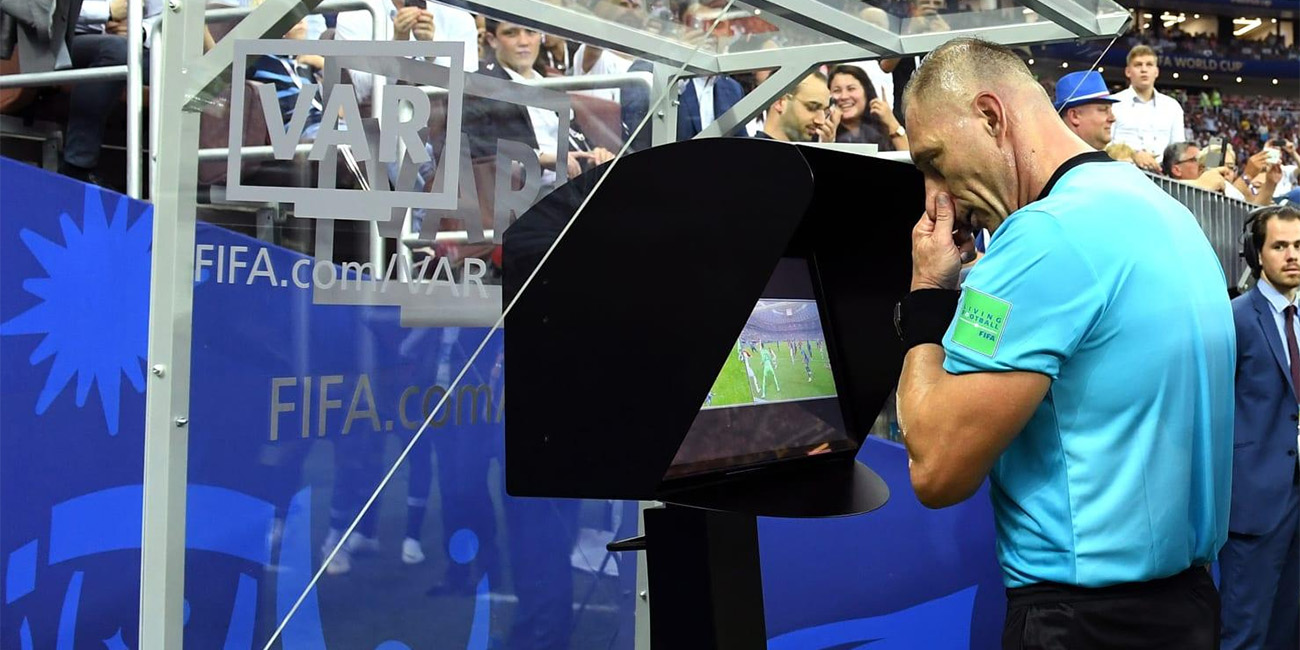 VAR Could Be Heading To St Mirren Quicker Than You Think

Following the introduction of the Video Assistant Referee technology in the English game of football, various other leagues around Europe and the underage match trials that continue to take place in Scotland itself, all 42 Scottish Professional Football League clubs will now cast their vote this coming Tuesday on whether to formally bring it in to our domestic Premiership game - and if the vote passes, VAR will be used for the first time following December's World Cup Finals, although you would think having it from the opening day of the 2022/23 campaign in July would make more sense.

Despite only being potentially used in the Scottish Premiership, for the resolution to pass there needs to be 75% approval for the move from Championship clubs and 75% approval from a combined League One and League Two set of teams. Although full information on the estimated cost of introducing the system is still to be confirmed, initial suggestions state that the cost will be split on a sliding scale (based on finishing league position) by the 12 top flight clubs who are expected to pay between 5.63% to 16.29% on an annual basis and for those who like a flutter, VAR will add extra permutations to matches in the future and you can get a taste of those by clicking this link.

What kind of cost St Mirren would be expected to individually contribute if the resolution passes at this point, is almost anyone's guess with football still to be played in the 2021/22 campaign, but there are certainly lessons that Scottish football can take from the English game given some of the nonsense and total contradictions that have been seen in the Premier League - particularly VAR's involvement in judging potential offsides when goals have been scored.

With referee training already taking place by the Scottish FA and being utilised in the underage games, Nick Walsh spoke to BBC Scotland about his experiences of the technology so far in those trials, and he was hopeful that at this early stage, if VAR does come into the Scottish game, it will 'increase the accuracy of decisions.'

"It was a good experience and it went really smoothly. There was one penalty kick awarded by the referee that was checked and confirmed - and then a few other checks in the background. We've been training now for quite a long time behind the scenes. All the SPFL officials are nearing the end stages of VAR training. It's certainly intense, but the early stages in our training has gone really well."

We'll have to see how the vote goes as a proper introduction of the technology on the 'minimum interference, maximum benefit' basis where VAR simply looks at whether a referee has made an 'obvious error' or missed a 'serious incident' should benefit accuracy in the game, but again referencing the Premier League, nobody wants to see decisions take four or more minutes and unnecessarily interrupt the flow of games with illogically drawn lines.

Fans might as well familiarise themselves with what VAR should be looking at as an introduction at some point is almost inevitable now.

VAR can intervene is seven areas:

For straight red card offences, such as violent conduct and the denial of an obvious goal scoring opportunity.

For serious misapplications of the laws - such as a goal scored direct from a dropped ball or throw in.

For cases of mistaken identity.

At the taking of a penalty kick and at kicks from the penalty mark (e.g., for encroachment or goalkeeper moving from the goal line.)

For serious, missed incidents in matches.