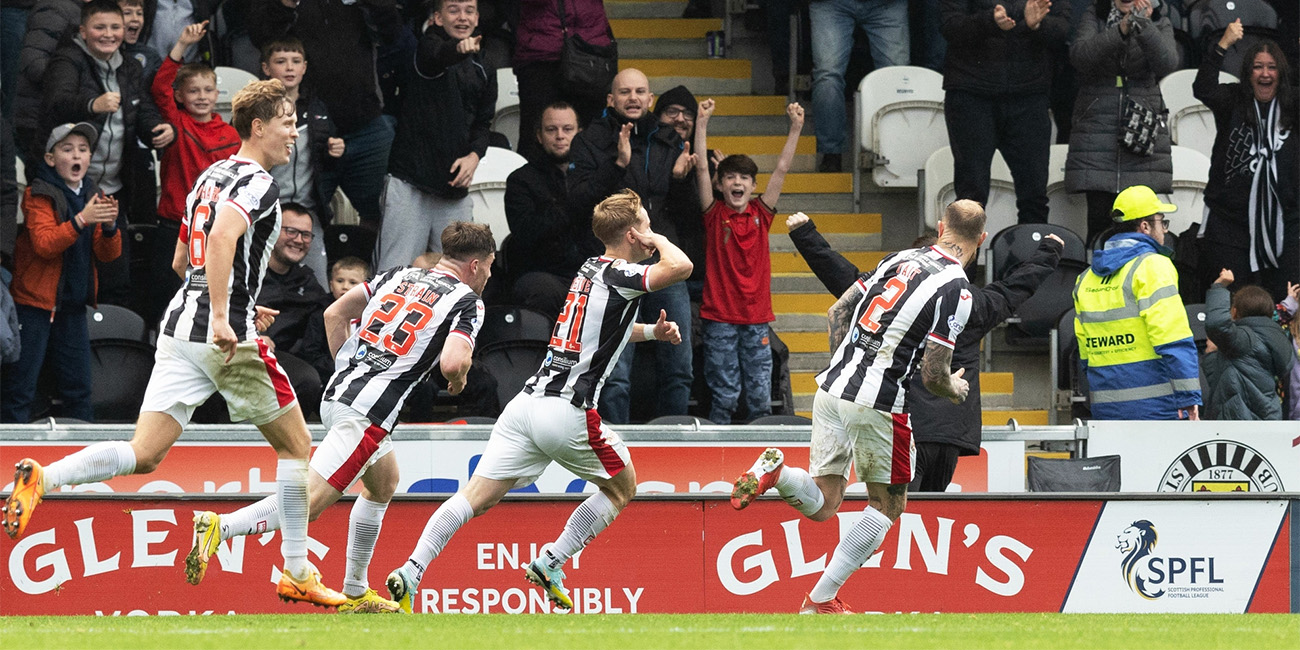 St. Mirren edged out Dundee United, 2-1, in an exciting matchup at the SMiSA Stadium, thanks to a late goal from substitute Alex Greive.

Curtis Main's header gave St. Mirren the lead in the first half, helped in by the post and the head of United's hapless goalkeeper Carljohan Eriksson.

Dundee United's equaliser came via substitute Steven Fletcher just after halftime, while referee Grant Irvine disallowed a goal by Jonah Ayunga due to a foul in the buildup, highlighting what we can expect from VAR in the Premiership.

Grieve's glancing header proved to be the game-winner for the Buddies though, as Saints climbed back up to fourth place.

The game started off on an exciting note, and United almost pulled ahead in the fourth minute when St. Mirren defender Richard Tait poked towards his own goal, but goalkeeper Trevor Carson reacted quickly to keep it out.

A few seconds later, though, the home team responded with Ayunga having a shot deflected wide and then Charles Dunne having a header from the next corner rebound off the crossbar.

St. Mirren thought they scored when Ryan Strain slipped the ball home after a great break by Mark O'Hara in the 17th minute, but the referee had already blown his whistle for a foul on Ryan Edwards.

The home team was dominating play, and Ayunga came close to scoring twice in rapid succession. However, in the 38th minute, the visitors almost delivered a sucker punch when a defensive blunder allowed Tony Watt a clear shot on goal, but Watt's long-range effort sailed agonizingly wide.

Three minutes later, United paid the price as Main scored by leaping at the back post to head in Tait's cross, the ball going in off the post and off the back of the unlucky Eriksson.

Having plagued the United line with 2 goals in their August encounter, Main came within inches of scoring again seconds later when his left-footed attempt from 25 yards crashed off the bar.

Despite St. Mirren's first-half dominance, the visitors took the initiative to open the second half, and they were soon back on even terms when Fletcher scored shortly after coming off the bench.

After Watt had headed away Aziz Behich's long cross, Fletcher found himself with room to work in the six-yard box. The former Scotland striker showed great calmness to handle the ball and slip it past Carson with his right foot.

Just after the hour mark, the drama continued when Ayunga thought he had put the hosts back in the lead when he cut in from the right and unleashed a left-footed finish past Eriksson. However, the goal was disallowed after referee Irvine consulted the pitchside monitor and ruled that Keanu Baccus had fouled Behich.