Gus on way out 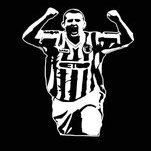